To provide a forum to connect, inform and inspire our diverse community about today’s economic issues and relevant topics of the day.

The Economic Club of Grand Rapids is an association of individuals interested in, and contributing to, the growing economic health of the Grand Rapids metropolitan area. Men and women from every sphere of activity are invited to hear the views of outstanding, nationally-known speakers who address our regular meetings.

The club’s semi-monthly 15+ events, a season held on Mondays from September through June, afford members the opportunity whether meeting over lunch or zooming with their contemporaries in the community. Average attendance is near 600 for in-person and 400 for our virtual events.

The Club serves as a forum for current events, and as a meeting place for present and future leaders of the community. With affordable annual membership fees of $175/$225, allows the opportunity for any individual who wishes to join nearly 1000 members.

The Economic Club of Grand Rapids promotes an interest in growing the economic health of Grand Rapids, providing to its members and guests information on new and ongoing issues in government, society and the economy.

Founded in 1976 by the late George J. Slykhouse, an attorney with the law firm Miller, Johnson, Snell & Cummiskey, the first Economic Club meeting was held in November 1976 and included 30 charter members.  Today, the organization is thriving with over 1000 annual members.

Through the years, The Economic Club has been steadily growing by offering excellent programs and leadership.  The board of directors comprises of leaders in business and industry around the Grand Rapids area, including current Chair, Stacie Behler, Sr. Vice President, Meijer and Vice Chair, Jim Keane, President & CEO, Steelcase.  The Economic Club prides itself in offering luncheons/events/webinars hosting keynote speakers on a diverse array of timely and relevant topics.

The Economic Club has instituted scholarship funds and study-abroad programs that are awarded to students locally and regionally who wish to pursue educational opportunities in business and economics.  The “Economic Club Scholarship Fund” and the “George J. Slykhouse Scholarship” both award two $2500 scholarships.  The study-abroad program, created in 2000, provides financial assistance in the form of two $2500 scholarships, to allow students to study business in other countries.  The annual scholarship amount awarded each year is $15,000 and all of these programs are managed by the Grand Rapids Community Foundation.

Proudly, the Club provides an endowment fund to Junior Achievement for a program aimed at a diverse, middle school aged, at risk student base, on the “Economics of Success.”  These funds will extend the Economic Club’s programs to the youth in the community and increase participation of a more diverse base.

Please contact us if you need any additional information so that we continue to connect, inform and inspire! 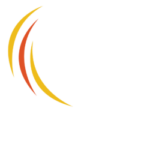